Filming were took two days. The first day with the climbers (Anton Kozhunov, Andey Andreev) filmed jumping over the trees squirrel and a flying crow, second day – the sheep have been torn by wolves, fox, which came out dry from the water, and a bear scratching on a tree trunk logo Eastwood.
At final version of the video climbing equipment was carefully erased. 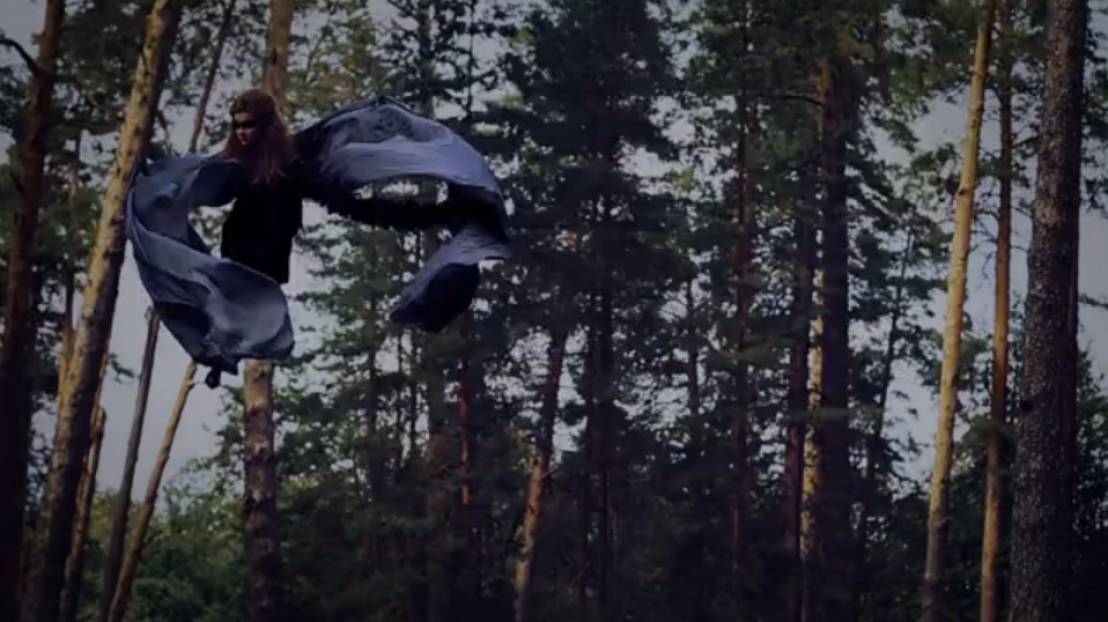